View source
watch 02:59
Wiki Targeted (Games)
Do you like this video?
Play Sound

"According to ICA division chief Benjamin Travis, my former handler Diana Burnwood has gone rogue, taking with her a valuable agency asset; a girl named Victoria. My objective: eliminate Diana and retrieve the girl. Personal note: Diana saved my life. Although the grounds for termination are just, I take no pride in this assignment. She is my target. I must not get personally involved."
―Mission description.[src]

The King of Chinatown

There is a challenges article for this mission; see this page.

A Personal Contract is set on the outskirts of Chicago, on the grounds of the mansion of Agent 47's former handler, Diana Burnwood. After she sabotages the ICA, Agent 47 is ordered by the reformed organization's division chief; Benjamin Travis, to eliminate her. After accessing the mansion's gardens and greenhouse, 47 acquires the Head of security's keycard and locates Diana on the mansion's 2nd floor. After fatally wounding her, 47 questions Diana's motives, who wanted to protect Victoria from the Agency's doctors. Having little time left, Diana requests 47 to protect Victoria from the Agency, to which he agrees. 47 then locates Victoria in her room and the two leave the mansion.

47 attacking the guard at the mansion's entrance.

Diana in the shower. 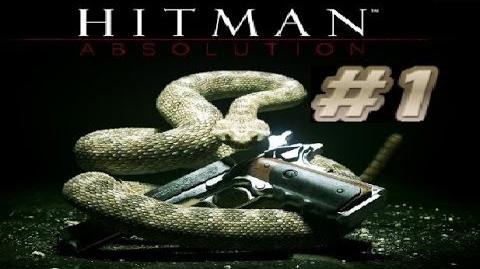