"Here's an odd one, 47. Our client's son, Giles Northcott, was recently abducted by Lord Winston Beldingford and Alistair Beldingford. The client wants his son freed and he wants both Beldingfords, father and son, taken out. There's a hunting party at the family manor this weekend and the guests should give you extra cover. There's been a high turnover on their domestic staff, so that may be another in, take care of business and get out of there 47."
―Mission briefing[src]

Beldingford Manor is the 4th mission in Hitman: Contracts. Members of the Hitman Forum chose it as the best mission in the series in an October 2014 poll.[1]

47 is sent to a posh English manor to rescue Giles Northcott on the eve of a hunting party, in which he is to be the hunters' target. The party is hosted by wealthy Englishman Lord Beldingford and his son, Alistair. In addition to rescuing Giles, 47 is contracted to kill both Beldingfords.

INFO: Lord Winston Beldingford is an eccentric old man of unpredictable temperament. He was a celebrated hunter in his youth so he's probably a good shot, former parlormaids describe him as amorous.

INFO: The Client describes his son as a promising academic without much savoir-faire and no interest what-so-ever in the hunt. Motive for the abduction remains a mystery.

Northcott was recently abducted by the Beldingfords. No ransom has been requested and our client didn't want to involve the police. It's simple enough, but the client wants it done with a certain touch of class. He has accepted we have no information on where Northcott is being kept hostage. The Beldingfords are having a hunting party this weekend and guests are in the house. We'll get you there for a nocturnal approach, when most of the hunting party guests should be asleep. There has been high turnover on their domestic staff, so use the boat by the lake to leave the estate when you're done. 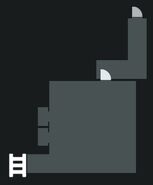 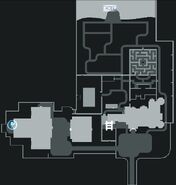 Park
Add a photo to this gallery

Retrieved from "https://hitman.fandom.com/wiki/Beldingford_Manor_(mission)?oldid=60324"
Community content is available under CC-BY-SA unless otherwise noted.