The Crowbar is a melee weapon found in Hitman: Absolution, Hitman™, and HITMAN™ 2.

The crowbar can be used to attack targets head-on, swinging it into their heads, or it may be used from behind on an unsuspecting target to strangle them. Alternatively, it may be thrown and used as a distraction. In HITMAN™ the crowbar can also be used to open locked doors or to make other "accidents" happen.

In the prologues Guided Training and Freeform Training you can find a crowbar just inside the locked gate on the right side of the yacht. In Freeform Training you can pick up the lockpick at the place where you spawn and then pick the lock to enter through the gate. If you are exiting the yacht through the south side of Deck 00, heading back towards the spawn area, you can pick the crowbar up and use it to exit through the gate. There is also another crowbar very near to this one, just inside the yacht on the south side of Deck 00. There is also a crowbar on the roof of the yacht inside the small room. 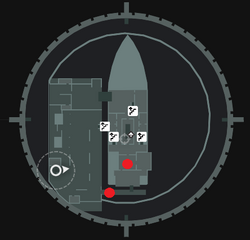 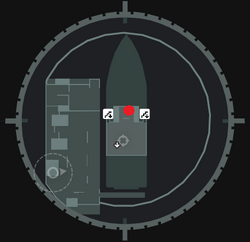 In The Final Test prologue mission there are three crowbars in total. Your best bet is to pick one up straight after spawning since one is located on the east side of the spawn area. Another one can be found on the same level in the most north western corner of the hangar. One can also be found on the level 2 outdoor terrace on the south side. 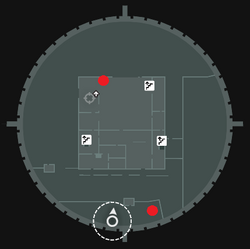 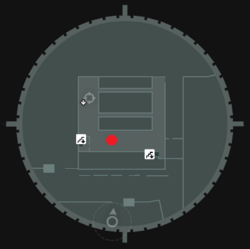 Level 2
Add a photo to this gallery

The only other crowbar in the palace is located on the top floor inside the attic. It can be found leaning against a window's railing in the middle of the corridor connecting the north and south side of the attic together.

Crowbar in Absolution.
Add a photo to this gallery
Retrieved from "https://hitman.fandom.com/wiki/Crowbar?oldid=80324"
Community content is available under CC-BY-SA unless otherwise noted.