Emetic Rat Poison is an item in HITMAN™. Its primary use is to poison drinks and food which will make the consumer sick and throw up. In many cases, this will make the character go to a toilet.

In the prologues Guided Training and Freeform Training you can find an Emetic Rat Poison on the north side of the yacht on Deck 00 in the most north east corner room. 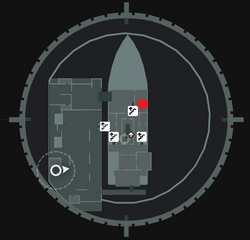 Level 0
Add a photo to this gallery

In The Final Test prologue mission there are four Emetic Rat Poisons in total. On level 0 you can find one right inside the north western entrance to the building. There is another one on the same floor in the south east corner of the most south western room. On level 1 there is one inside the bathroom belonging to Jasper Knight's office which is located in the most north west corner of the floor. Another one can be found on the outdoor terrace right outside the only door. 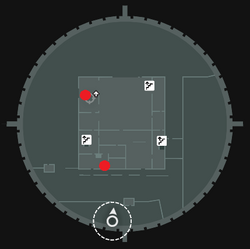 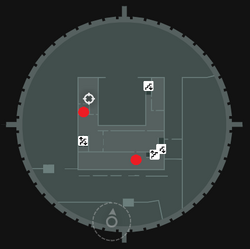 Level 1
Add a photo to this gallery

In The Showstopper mission you can find an Emetic Rat Poison in the basement, in the north west corner of the storage room, which is located to the west of the lunch room. On level 1 there are two of them right next to each other in the north east corner of the kitchen, which is the room west of the large northern room (bar area). There are also two of them on the outside, south of Palais de Walewska. One of these is inside the south western shed, and the other is inside a trailer located in the area just south of the dressing room, which is the large southern room of the palace.


Retrieved from "https://hitman.fandom.com/wiki/Emetic_Rat_Poison?oldid=76889"
Community content is available under CC-BY-SA unless otherwise noted.