In the 1950's, five men of various nationalities served in the same unit of the French Foreign Legion. They became friends and Ort-Meyer eventually shared his ideas to create an army of superhuman clones.

After their stint in the French Foreign Legion was finished, each of the fathers donated their DNA to Ort-Meyer's project, as well as funding for his research, allowing him to set up a mental institution in Romania as a cover for his genetic experiments. Meanwhile, the other four all became major crime lords, terrorists or both.

In exchange for the research funding, Ort-Meyer provided his former comrades with donor organs harvested from clone bodies, which significantly extended their longevity and made them appear much younger.

However, over time, the other four fathers began to get impatient with Ort-Meyer and began demanding that he gave them their share of the clones. Ort-Meyer finally released Agent 47 and hired him to kill all of the other fathers, before eventually being killed by Agent 47 himself.

The Five Fathers talking about Agent 47. 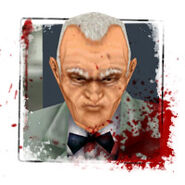 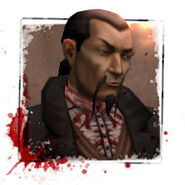 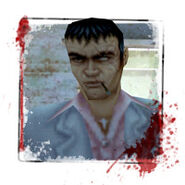 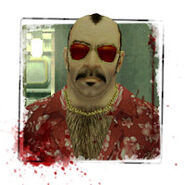 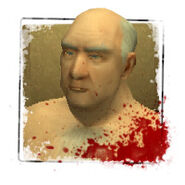 Frantz Fuchs.
Add a photo to this gallery

Retrieved from "https://hitman.fandom.com/wiki/Five_Fathers?oldid=85464"
Community content is available under CC-BY-SA unless otherwise noted.