Hitman 2 (stylized as HITMAN™ 2) is the 7th installment to the Hitman video game series. Released on November 13th, 2018, this is the first entry to the franchise after Io-Interactive acquired the rights to Hitman from Japanese publisher Square Enix.

Unlike 2016's HITMAN™, HITMAN™ 2 is not episodic, opting to use a traditional release. Various game add-ons and DLC released after the initial launch, including the Legacy Pack, which includes every location from HITMAN™ season one updated with features from HITMAN™ 2; the DLC is free for all players who own HITMAN™ season one.[1]

In HITMAN™ 2, players once again take control of Agent 47 in order to fulfill assassination missions. For the first time, players are to complete contracts either solo or with others via online co-op in the Sniper Assassin game mode, in addition to the standard single-player experience. Missions take place in dynamic locations across the globe, where players can utilize the sandbox nature of the maps to their advantage in order to achieve their goal in any way they see fit. From an assortment of weapons, environmental hazards, distractions and tactics, creative use of the world is at your disposal, along with the return of opportunities and hints from the previous game which aid players into seeing some of the more spectacular assassination methods.

New features that come with HITMAN™ 2 include camera view grids, where players are able to see the field of view a camera has by way of a displayed grid, seen on the floor or wall where the camera is facing when using Instinct Mode. The Picture-in-Picture feature, first introduced in Hitman: Blood Money[2], also makes a return in HITMAN™ 2, which will pop-up a small screen in the corner of the player's screen when other characters do something of importance during a mission, such as when and how someone discovers a body.[3]

Progression is centered around mastering locations. As players level up the Mastery track for each location, they unlock starting locations, agency pickups, and new items that give options to take on each mission in new ways. Progress can be achieved by either completing Challenges or earning Performance XP.

Performance XP acts as a second avenue to accumulate experience points. It awards a small amount of XP for doing moment-to-moment actions during a playthrough, like taking someone out silently, hiding a body, or killing a target. By default, Performance XP will be displayed, but this can be toggled on or off in Settings.

A Player Profile levels up according to total XP earned. Player badges are the visual representation of the profile level. Both Mastery and Performance XP are funneled into the Player Profile as well as the Mastery Track, leveling both up as players progress through the game. Outside of those two systems, items can be unlocked by completing specific Challenges.

Both XP systems also work on the Season One locations within HITMAN™ 2 if players own the Legacy Pack. Mastery tracks for the Legacy locations have been tweaked to give a more directed progression of unlocks.

There are three difficulty levels: Casual, Professional, and Master.

As with the progression system, all of difficulty levels can be selected on the Legacy locations within HITMAN 2. Some unlocks can only be earned by completing Challenges on specific difficulties. However, completing a challenge in a harder difficulty removes the need to repeat in a lower difficulty. This is especially applicable to The Classics. 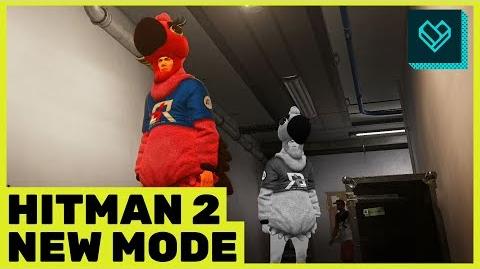 While players existed in their own environments, they started the Mode side-by-side. They were able to check their opponent's progress at any time, as opponents appeared as a "ghost" in their environment. Assistance included weapons, items, outfits, and ghost crate supply drops.

Note: While the general plot of HITMAN 2™ follows a distinct path, many elements such as the assassination methods and character interactions are subject to the player's decisions. The game offers several events and methods to targets, along with multiple decisions based on the sandbox gameplay. This story synopsis concentrates on the main plot thread of the game the player would generally encounter on their first time playing.

Following the events of HITMAN™, Agent 47 embarks on a mission to hunt the mysterious "Shadow Client" and disassemble his militia. His first lead is the location of one of the Shadow Client's lieutenants, Alma Reynard. 47 is able to gain some intel on the Shadow Client's activities from Reynard's home in New Zealand before eliminating her. Impressed with 47's performance, Providence authorizes him and the ICA to hunt down the rest of the Shadow Client's militia. When 47 asks Diana why the ICA would be willing to work with Providence, she replies that both organizations share interests in putting a stop to the Shadow Client, whose activities are now causing a global panic. She also reveals that Providence secretly promised to her to reveal 47's past.

Following the intel gained from Reynard, 47 is sent to Miami to assassinate tech giant Robert Knox and his daughter Sierra, the owner and heir of Kronstadt Industries. Not only have they secretly sold advanced weapons to war criminals, but they are also Providence members who defected to the Shadow Client's side, presumably to protect themselves from his attacks. Meanwhile, the remaining members of Providence descend into consternation as more of their operatives are killed worldwide. Despite this, Providence manages to identify the Shadow Client as Lucas Grey, the former head of security to deceased Providence key-holder Eugene Cobb. Grey, now located in Central Europe, pursues his own plans with hacktivist Olivia Hall and insists that they need 47's help if they are to dismantle Providence.

47 heads to Colombia next in order to assassinate drug lord Rico Delgado and his top lieutenants, who have been using their smuggling network to aid Grey and his militia. Diana reports the mission's success to Providence while visiting the graves of her family in Surrey. Flashbacks reveal that she witnessed her parents being killed by a car bomb after they attempted to bring the company responsible for her brother's death to court. Shortly after Grey steals an item from the Ether Corporation in Johannesburg, his militia use a hostage situation to publicly reveal Providence's existence. 47 is then sent to Mumbai to track down and eliminate the pirates who killed a Providence operative in Shanghai. After the mission, 47 follows Grey's trail to Romania, back to the very same asylum where he was created by Dr. Ort-Meyer. He encounters Grey, who reveals that they were both previously kept in the lab to be raised as assassins for Providence. 47 regains some of his memories, remembering that Grey was Subject 6, and that they both made a pact to take revenge on those responsible for turning them into assassins.

The revelation leads to Diana meeting with Grey and Hall in Berlin. Grey reveals that Ort-Meyer, the scientist responsible for his and Agent 47's creation, was a member of Providence, who are controlled by a leader known as "the Constant" and three executive members known as "the Partners." After Grey and 47's original plan to take down the Partners failed, they decided to erase 47's memories, though Grey was able to escape before his memories were wiped. Grey's current objective is to capture the Constant, as he is the only person who knows the identities of the Partners. His only lead, however, is that 47 knew the identity of the first Constant. Grey then reveals that the item he had stolen from the Ether Corporation was an antidote that may counteract 47's memory loss. Initially reluctant to work with Grey, Diana eventually abides by 47's wish to take the antidote. The antidote allows 47 to remember that the first Constant was a legendary Cold War spymaster codenamed "Janus". In order to get close to Janus, Diana files a false report implicating Janus as the true Shadow Client while claiming Grey was just a subordinate, giving 47 pretext to infiltrate Janus' home in the suburbs of Vermont.

Investigating several clues, Agent 47 finds evidence that Janus was planning to meet the Constant at a gala held by "The Ark Society," a plutocratic survivalist group created within Providence. Hall is able to pinpoint the meeting location on a remote island in the North Atlantic, but they find out that the Constant, revealed as the man who hired Diana and 47 at the end of Hitman, has implanted himself with a suicide chip that will instantly release lethal poison into his body if he is compromised. 47 is then dispatched to eliminate Zoe and Sophia Washington, twin sisters and newly appointed chairwomen of the Ark Society who each hold a kill-switch for the Constant. Once the Washington sisters are neutralized, 47 and Grey proceed to capture and extract the Constant. 47, Grey, and Diana interrogate the Constant, pointing out that by being captured, his life is forfeit to the Partners. Defeated, the Constant reveals that Providence is made up of the Ingram, Carlisle, and Stuyvesant families, with each family having a representative that serves as a "Partner."

As 47 and Grey head out to confront the three families, the Constant--exposed by Diana as one "Arthur Edwards"--taunts Diana about what she does not know about Agent 47. A final flashback reveals that 47 was responsible for the car bomb that killed Diana's parents.

Nevertheless, Edwards assists the team in locating the three Partners, suggesting that they “follow the money” to their individual accounts at the Milton-Fitzpatrick investment bank, Grey’s former employer. 47 is sent to the bank’s New York branch to both steal data on the Partner accounts and eliminate the director, Athena Savalas, a Providence Herald, in order to cover their tracks.

The bank data showed that the Partners made payments to Haven, a small corporation operating out of the Maldives that specializes in identity management for wealthy criminals. Realizing that the Partners have started new lives under new identities, 47 is sent to Haven’s private island to eliminate founder and CEO Tyson Williams, IT expert Steven Bradley, and client coordinator Ljudmila Vetrova, in order to buy Hall enough time to hack their servers before the three targets are scheduled to reset it. Though the new identities and locations of the Partners are successfully acquired, Edwards unexpectedly escapes with the controlling the shares of Providence sent to his account instead of those of the Partners—unbeknownst to Grey and 47. The duo head out to confront their former masters and finish their pact.

Various game updates and DLC have been and will continue to release throughout HITMAN™ 2's lifespan including seasonal events, digital item packs, mission expansions and regular gameplay changes & fixes.


November is all about celebrating the one year anniversary of HITMAN 2 – and we’ve already revealed the full content list that’s coming your way in our November Roadmap blog post!

For a list of game updates and patch notes see this page. 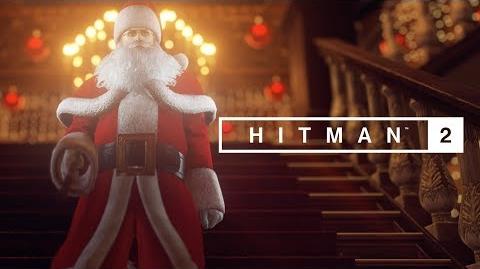 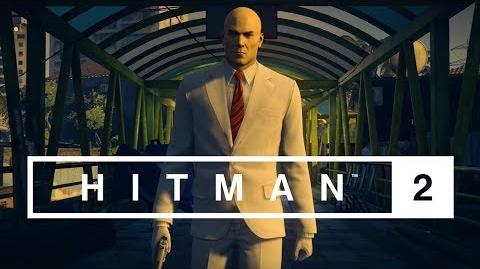 HITMAN 2 - The World is Yours 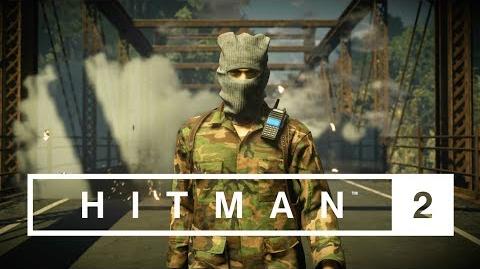 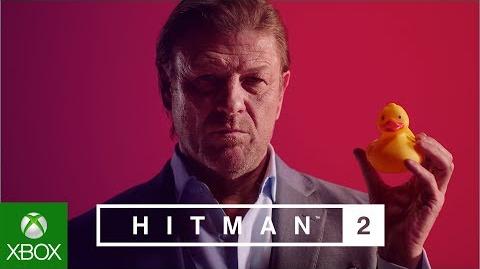 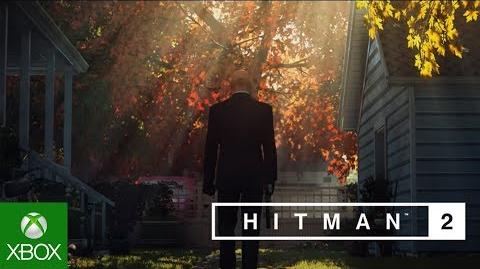 HITMAN 2 - No One is Untouchable 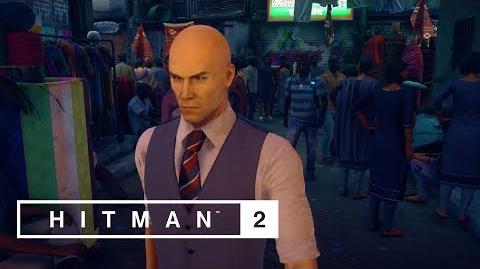 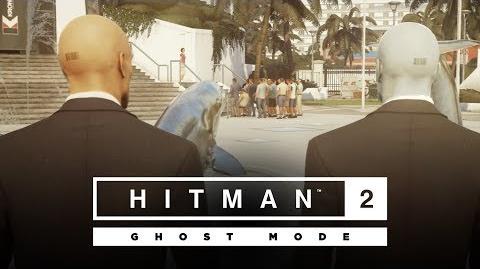 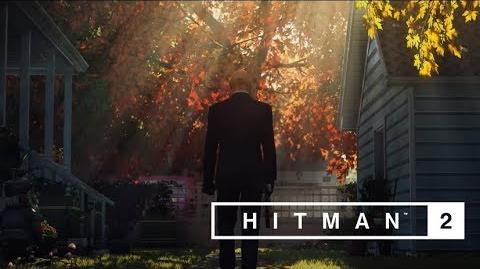 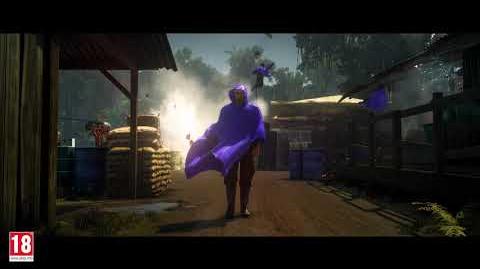 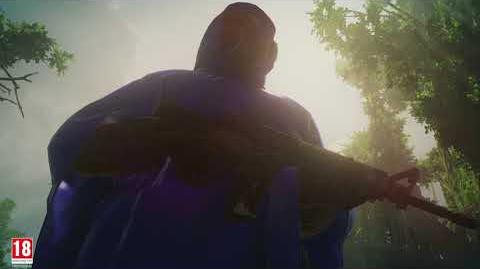 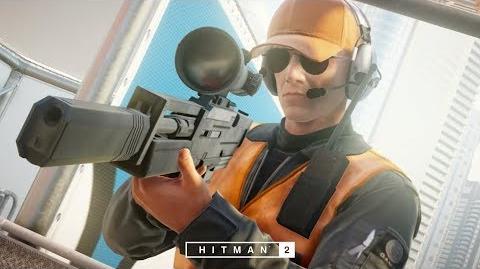 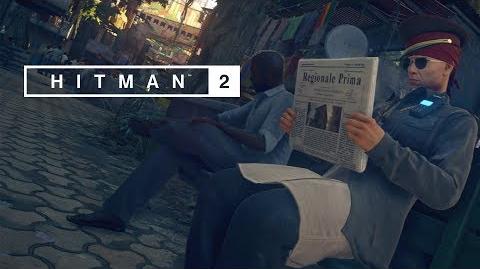 HITMAN 2 - How to Hitman (Hidden in Plain Sight) 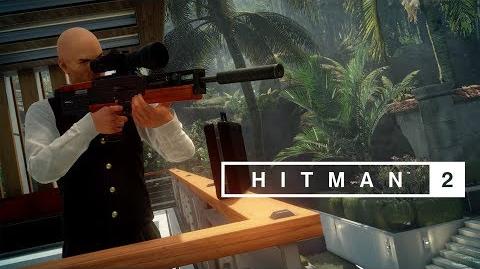 HITMAN 2 - How To Hitman (The Briefcase) 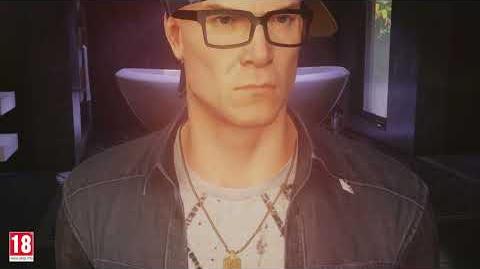 Official HITMAN™ 2 – How to Hitman Tools of the Trade 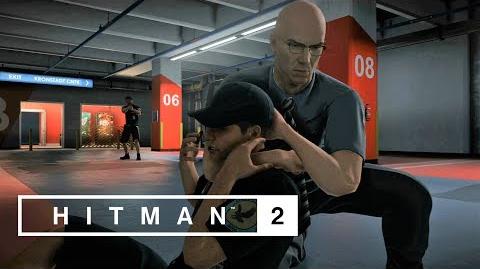 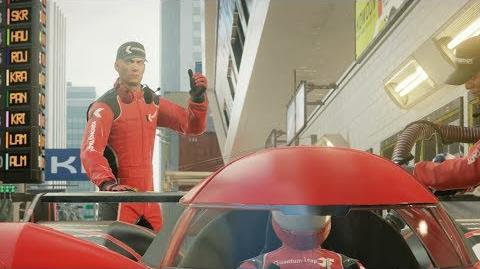 HITMAN 2 – How to Hitman (Immersion) 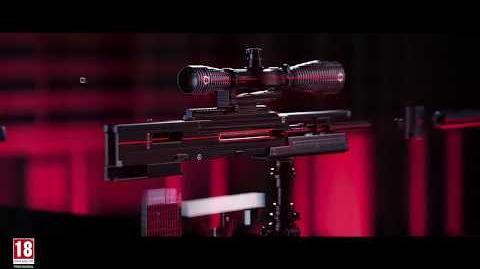 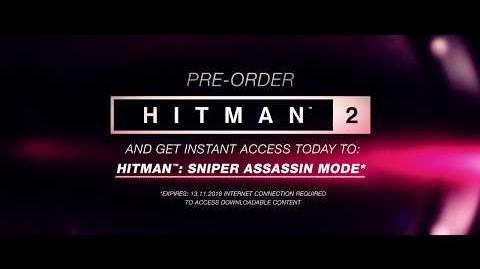 Promotional for the Miami trailer.

Promotional for the pre-ordering page.