"This room.... This bullet....There's a bullet for everyone. And a time and a place. An end. Yes, maybe this is how it has to be. Inspector, you've obviously learned too much about me. I can't have that. Not even in my death."
―Agent 47's intro monologue

Hunter and Hunted is the twelfth and final level of Hitman: Contracts. As 47 recovers from his injury in his hotel room, the hotel is surrounded by a GIGN squad led by Inspector Albert Fournier, one of 47's targets for his compromised mission. Despite the odds being stacked against him, 47 decides to eliminate Fournier once and for all, even if it results in his own death.

The reward for achieving Silent Assassin on this level is a silenced variant of the PGM Sniper Rifle.

47's hideout is surrounded by 51 GIGN members and police, who were sent by Albert Fournier. 47 has an expired mission briefing for the Curtains Down mission in Hitman: Blood Money, which has since been expanded to include Fournier as a target. Just as the GIGN begin to raid on the hotel to kill 47, he decides to complete his assignment and eliminate Fournier.

This level is unusual in that it is joined "in progress" after 47 has already killed two of the three assigned targets, and the briefing does not describe the actual situation encountered during the mission.

47 evades the GIGN, kills Fournier, and steals a police car to get to DeGaulle Airport.

Diana and 47 both escape from Paris on a commercial plane to the USA. During the flight, Diana shares information about the organisation who is undermining the ICA. 47 demands payment for his continued services, prompting Diana to reveal that the money for his fee is already under his seat.

Hello, 47. Diana here. Your next assignment is in Paris, at "L' Opera D'Orleans" to be precise. You have three targets, all three will be at the opera house on Friday. The first is Portuguese tenor "Philippe Berceuse", who will be playing "Mario Cavarodossi" in the opera "Tosca". His lifelong friend, American Ambassador "Richard Delahunt" will be attending the opera, along with a new friend of theirs "Inspector Albert Fournier" of the metro-politian police. All three targets must be eliminated. We've placed a package for you in the dressing room, under the name of "Flech Fisher". It's got some useful tools and more indepth information on the targets. Good luck, 47 there's a lot of money on the line with this one.

Three high-profile high-priced targets will be gathering at L'opera D'Orleans in Paris Friday evening. Our client wants all three eliminated, the first is Portuguese tenor Philippe Berceuse, who'll be playing the role of Mario Cavarodossi in Tosca. The second is his friend Richard Delahunt, the American Ambassador. The third is their mutual friend Inspector Albert Fournier of the Metropolitan Police. Additional information and some valuable tools are waiting for you in the Opera's wardrobe room, under the name Flech Fisher. Eliminate all three targets and get to the airport. 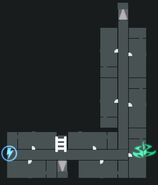 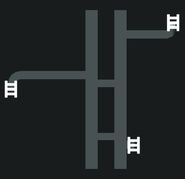 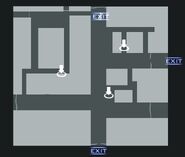 Streets
Add a photo to this gallery
Retrieved from "https://hitman.fandom.com/wiki/Hunter_and_Hunted_(Contracts)?oldid=82505"
Community content is available under CC-BY-SA unless otherwise noted.