The International Contract Agency (also known as the "ICA" or "The Agency") was a global conglomerate of professional hitmen and assassins, whose services are extended to wealthy and influential clients around the world.

Exclusive. Reliable. Discreet. The world's most elite assassination agency employs only top talent and is considered the gold standard of the field.

Unknown to the general public, the ICA is a well-kept secret among the wealthy and powerful. They are not only tolerated, but often employed by government agencies whenever direct involvement is considered too risky.

The ICA is run by a decentralized Board of Directors and employs a limited number of agent-handler cells, as well as a backup network of analysts and researchers, hackers and cleaners, recruiters, and training personnel. They are predominantly cloud-based and hold no offices save a few key properties, such as a data storage site in China, and a training facility in the Arctic.

The ICA are politically neutral and morally pragmatic. They rarely reject a contract unless it is deemed "bad for business" but each handler has the autonomy to follow their own professional code, as long as they don't accept contracts for personal gain. At the ICA, professional detachment is the difference between an agent and a thug.
― Io-Interactive

The ICA was Agent 47's employer. It is a multinational, extremely well-funded neutral (yet criminal) organization independent of the world's governments, with ties to various groups and individuals, providing assassination and mercenary services. Credited assassinations have taken place in the Americas, the Pacific Rim, and Eurasia. The Agency enjoys the cooperation of affiliates such as the FBI, CIA, MI6, CSIS, NSA and even elements within the United Nations (UN). Although politically neutral and ethically amoral, the Agency avoids accepting hits ordered by enemies of its allies in government bureaus to ensure cooperation from their allies. In addition, most of 47's assigned assassination targets are professional criminals.

The Agency offers not only assassinations, but also intelligence on the suspects. The initial price for scheduled assassination depends on the target, the target's importance, the amount of security that the target enjoys, and the chosen asset, with 47 being the most expensive one. The Agency can be contacted by virtually anyone, from wealthy international companies and other agencies to even individuals seeking vendetta.

The Agency uses "handlers", such as Diana Burnwood, as the middle-man with its agents. They provide professional freelance operatives like 47 with electronic correspondence and mission briefings. Contractors also sell intelligence briefings on the subjects of missions to their agents for the fee of USD 1,500 per file. Controllers in the Agency are not supposed to liaise with their assets in person, however, Diana Burnwood has (repeatedly in the series) violated protocol by doing so. In Hitman 2: Silent Assassin, Agent 47's registration number in the Agency is revealed as "BRO3886".

Even though the ICA has many assets and controllers all around the world, Agent 47 is the most valuable asset and achieved a Gamma rank after just one kill. He is provided with all the possible ICA weaponry (like ICA Silverballers) and he is given the most dangerous and impossible tasks. He is also the most expensive asset to order for a kill, but he is known for always completing the order with perfection and even scheduling it to be an accident. It's also worth mentioning that Agent 47 is paid thousands for each contract, but he still chooses to keep a humble approach to life, donating some of it and keeping the rest for the activities he indulges in his spare time, such as fine dining and expensive clothing, like suits.

The Agency has ties to several major government agencies around the world, such as the CIA (via Agent Smith), FBI (prior to The Franchise taking it from them), MI5, MI6, and Interpol. They are especially friendly with the United Nations, after Agent 47 prevented a terrorist attack at their summit in 2000. 47 was later given strict orders not to kill any UN soldiers while on a mission in Afghanistan in 2002 - albeit the UN wanted to gain information from 47's target before he was sniped, showing that the Agency did not have a strict allegiance to the UN.

Later in 2002, the Agency made an exception to their rule of not killing former clients when the UN asked the ICA (namely Agent 47) to kill Sergei Zavorotko for his possession of WMDs. However, by the time 47 was sent many years later to kill former ICA client Silvio Caruso, Diana expressed few if any qualms about killing a former client.

In the 2007 film Hitman, which is set a universe parallel to the main series, the Agency is known as the "Organization". Like the Agency in the video games, the Organization benefits from ties to various government agencies, is neutral in global affairs and morality, and performs missions all over the world. Unlike the game, where the hitmen are contracted from a range of backgrounds, the Organization instead recruits orphans and trains them from an early age. When 47 ties FSB agent Yuri Marklov to a bathtub, and a clock ticks in a laptop, the name of the ICA is clearly visible in the laptop, confirming that 47's employers are the same organization as in the video games.

During the events of Hitman: Blood Money, many ICA agents are killed by members of The Franchise, to the point where Diana says she and 47 are all that's left. The ICA's last hit is placed on corrupt CIA agent Anthony Martinez and grey market arms dealer Vaana Ketlyn, and Diana splits the remaining funds between herself and 47. However, once the Franchise is eliminated, Diana states that all the assets are back online.

Before the events of Hitman: Absolution, a secret ICA division led by Benjamin Travis secretly created a clone assassin of their own, a young girl named Victoria. When Diana learned of this, she flushed all ICA accounts, cut off all communication, and made the ICA publicly known. She then fled with Victoria and went into hiding. The ICA was reformed and a hit was ordered on Diana at her mansion near Chicago. However, once 47 shoots her and does not return Victoria, the ICA sent their forces after him. Later, "The Saints" (an elite all-female assassin team that Benjamin Travis formed) and numerous ICA soldiers attack the Waikiki Inn. Here the ICA is shown as ruthless, firing an RPG into the motel, and executing all of the witnesses. However 47 eliminated all members of the team. Later, the ICA besiege the town of Hope while searching for 47, in a plan named "Operation Sledgehammer". It is suggested that several civilians are killed as there is gunfire heard in the Hope fair; the ICA also causes a gasoline tanker to crash, setting fire to a large section of Hope. The third time the ICA appears is at the Burnwood family crypt in Cornwall, England; Travis used them to dig up Burnwood's crypt and used another team, the Praetorians, to protect himself. Nonetheless, 47 eliminates them both. In Hitman: Absolution's ending, Diana welcomes Agent 47 back, suggesting the ICA has rehired them both.

As part of the events of HITMAN™ years later, the ICA unknowingly undertakes connected contracts across Paris, Italy, Marrakesh and Bangkok from a "Shadow Client" who was using the Agency to eliminate targets affiliated with Providence, a secret organization that controls world affairs. Realizing they've been manipulated, the Board approves a contract on the Client's lieutenants in Colorado--only for 47 and Diana to discover that training director-turned-Board member Erich Soders is a mole for Providence. Prioritizing the Agency's sovereignty over the pursuit of the Shadow Client, the ICA sanctions Soders for termination before he can deliver a list of active agents to his contact, Yuki Yamazaki in Hokkaido, Japan. After his death, Providence's enigmatic controller, Arthur Edwards approaches Diana with a proposal to help them eliminate the person causing both organizations grief: the Shadow Client.

In HITMAN™ 2, the ICA has accepted Edwards' offer and 47 eliminates a handful of the Client's associates in New Zealand, Miami, Colombia, and Mumbai. But when 47 is turned to the Client's cause after learning his identity as his childhood friend Lucas Grey, Diana begrudgingly concedes and fakes a message to the ICA that their lead on the Client went cold. To obscure their subsequent mission to uncover Providence clues, Diana falsifies an ICA report that implicates their target as the true head of the militia. Now working behind the ICA's back, 47 and Diana effectively switch allegiances once they kidnap the ICA's own client, Edwards, from the Isle of Sgàil, in order to learn the names of the Partners.

In HITMAN™ III, Edwards eventually escapes his captivity and tasks the ICA with a contract on 47 and Olivia Hall, Grey's right hand. Though ambushed by handler Jiao and Agent Montgomery's hit squad in Berlin, 47 eliminates several agents to save Hall and send the Agency a message. Despite this, the ICA later manage to hack Hall's computer and 47 deduces that the only way to stop them is to shut them down for good. To this end, with Hall's assistance he infiltrates the ICA Data Facility in Chongqing, China, and leaks their existence to the world via a hacktivist website while covering up himself and Diana. The Agency is exposed as part of the so-called "ICA Papers" in the press.

Agency weaponry and technology found on Providence's refitted train, The Mortar, indicates that Providence may have absorbed the remnants of the ICA.

Joe Sosa and Aristotle Thorakis are known to use their board positions to request assassinations. More than one of Sosa's rivals have died in car accidents, while Thorakis ordered at least three hits - Jose Alvarez (a Mexican cruise line owner rivaling Thorakis, who drowned in his pool even though he was an Olympic swimmer 15 years ago. This was done by 47, who hid in his pool with scuba gear), Harry Meyers (a journalist who did an expose on Thorakis dumping toxic waste into the Atlantic, and seemingly killed himself two days before his wedding) and Countess Maria Sarkov (who was hit by a truck when walking the streets, after calling Mrs. Thorakis "an ugly pig" in a New York newspaper column).

In HITMAN™, former field agent and training director Erich Soders was a board member until, like Thorakis, he sold ICA information to a rival organization and was assassinated by Agent 47.

Angus Pritchard, a board member, can be found in the Hitman 3 mission, End of an Era, and his disguise can be worn.

Agent 47 is recognized as being the Agency's most efficient killer, an "urban legend", that is frequently requested by name from clients. During the course of Hitman: Absolution Benjamin Travis and some ICA soldiers refer to Agent 47 as the "scalpel", calling him the Agency's most subtle and precise assassin. He is also one of their most expensive, charging anywhere from $100,000 (low-rate) to $600,000 (in the cases of difficult targets like Deewana Ji or Sheikh Al-Khalifa) for his services. Hitman: Enemy Within reveals that he personally kills only 3% of the Agency's targets, but makes them 37% of their income per year. It also shows that while Agent 47 has a number because of a previous institution, other agents are simply called by name.

Agent 47's main controller, Diana, is the voice heard almost exclusively from all the games. There is only one other voice in Hitman 2: Silent Assassin, and that is Clera in The Graveyard Shift.

Numerous assassinations can be attributed to Agent 47. Being a member makes him an underground public representative. His success is their success, bringing more clients to them and himself. Such assassinations have come in the form of bombings, poisonings, strangulation, "accidents", on top of numerous more specific other public killings, making the Agency, and Agent 47, a highly sought after service and assassin that is known to get the job done. 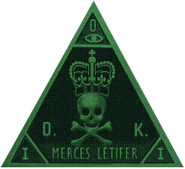 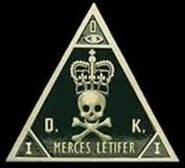