Patrick Morgan is a target exclusive to the Playstation 4 version of HITMAN™. He is known as The Mercenary, and appears in the mission of the same name. He was one of the Sarajevo Six, a group of war criminals that were targeted by the International Contract Agency.

"Patrick Morgan, codenamed "The Mercenary" became a freelancer almost a decade ago, but retained links with CICADA, as a highly-paid consultant on Sigma operations. Possibly the most dangerous of the original group, he is well trained and highly experienced in almost every war-zone since the 90s.
He retained links with the rest of the Sigma group even after going underground almost twelve months ago, indicating a strong attachment to his original group, which likely overrides any loyalty he may feel to his current employer. His role within the Sigma unit was as tactical lead. As such, he developed that unit's signature intense-assault technique. The technique focused on a relentless advance on enemy positions, and proved highly effective in both the wilderness and urban environments. Key to the intense-assault technique is movement. After-action reports from the Sigma operation in Riga show a Sigma kill-team advancing by fire, and killing thirteen Estonian police officers, twenty three civilians and causing a city-wide lockdown that ironically provided cover for the Sigma team to evacuate."
― In-Game Briefing 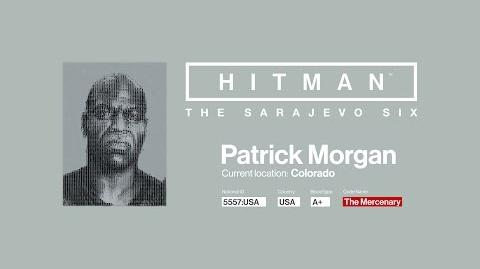