View source
watch 02:17
New Pokemon Games - The Loop
Do you like this video?
Play Sound

There is no challenges article for this mission. Lend a hand and write one.
Rendezvous in Rotterdam is 5th mission in Hitman: Contracts.

Agent 47 is sent to Rotterdam to kill Rutgert Van Leuven, the leader of biker gang Flaming Rotterdam. Also, he needs to kill Klaas Teller and to retrieve some incriminating photos.

We need you in Rotterdam, 47. Primary target is "Rutgert Van Leuven". He is the head of an international crime group that's auctioning off some photographs on the black market. Our client would prefer these photographs to remain unseen. The group works through a biker gang that Van Leuven's president of. Our client already sent a man in, a freelancer named Klass Teller, but Teller has either failed, or turned. Our client sees him as a risk either way, take him out. Van Leuven's got a meeting lined up with a journalist who wants the pictures for his tabloid. That may give you the cover you need. Get the photos, hit the targets and we'll be in touch.

DETAILS: Hello, 47. We need you to assassinate Rutgert Van Leuven, head of a rotterdam biker group and international crime syndicate, and Klass Teller, an undercover operative previously sent in by our client to retrieve a set of photographs that you'll have to obtain. The operative has either failed or turned and needs to be eliminated either way.

THE PICTURES: Pictures in question portray the client in a light that could compromise his professional standing. Rutgert Van Leuven has been offering them on the black market to the highest bidder. We've learned that a journalist has arranged to purchase the photographs, but we don't know when the meeting's supposed to take place. Rutgert Van Leuven has a private room upstairs, where we believe the photos are being kept in a safe. The entire complex is always crawling with armed thugs.

INFO: Teller is a freelance investigator our client sent in undercover to retrieve the photographs. He's presumed to have failed, or turned. Neither is acceptable to our client.

INFO: Van Leuven Runs a Rotterdam biker group that's expanded into international crime. Our client isn't the only one that wants to be rid of him.

INFO: The photographs Van Leuven is trying to sell must be retrieved. The Journalist attempting to buy them cannot succeed.

Biker - There are 2 versions of them but they are essentially the same.

Bartender - The single bartender on this level counts as an enemy. He carries a VIP keycard, sawn-off and a you can get a unique disguise off him. 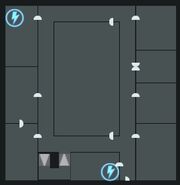 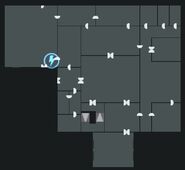 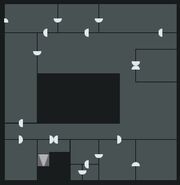 Upstairs leading to the target.

Secondary target being held in one of the electrical torture area's.

Up close at the target.

The target executing the journalist for showing up without the money 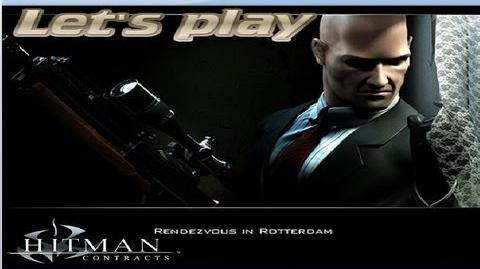