The Slaughterhouse is location featured in Hitman: Contracts in level The Meat King's Party. It is located in Romania.

It was owned by Campbell Sturrock (aka The Meat King) until he was assassinated by Agent 47. His brother, Malcolm Sturrock was charged for kidnapping the daughter of ICA's Romanian client. There was a fetish party held there to celebrate their victory because charges were dropped due to corruption. Malcolms lawyer Andrei Puscus was also killed during duration of the party. Also, Malcolm used one of the rooms on the second floor of slaughterhouse as a place for his creepy murdering ritual. The Girl was found in slaughterhouse and her dismembered arm was taken as murder proof. 47 escaped the slaughterhouse by one of the two trucks in outside area of Slaughterhouse.

Outside area consists of entrance to the party and also of trucks that can be found near exits of kitchen and bathroom.

The first floor contains a kitchen, bathroom and party area. In party area there is a bar and private rooms where guests can enjoy opium. There is also dance floor nearby where guests can be seen dancing. In the kitchen butchers can be found preparing meat. There is also a factory area where Dragunov SVD can be found. There are three staircases that lead to the second floor. 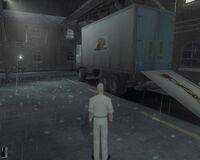 Truck at the beginning of mission. 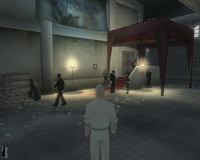 Entrance of the Slaughterhouse. 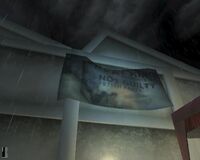 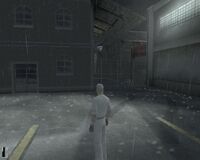 Outside the lockers and kitchen. 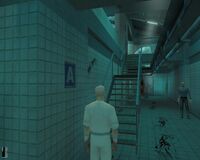 One of the three staircases leading to second floor. 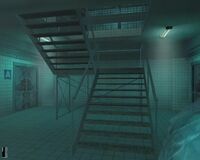 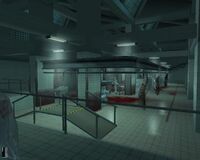 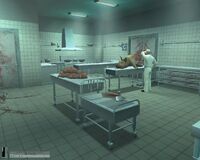 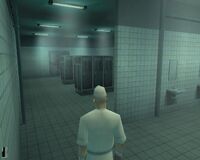 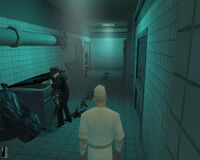 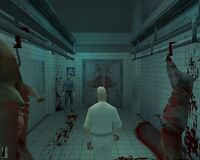 First hall as you enter slaughterhouse. 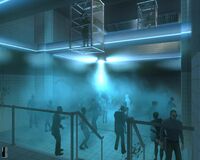 Dance podium near third staircase to second floor of slaughterhouse. 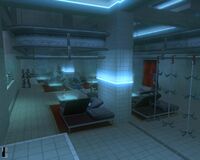 Party area with bar and opium room near. 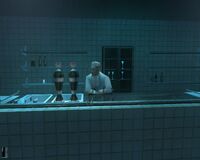 Bar area of the party. 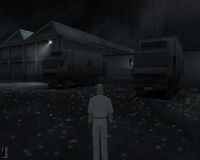 Outside near two trucks where 47 can escape from Slaughterhouse. 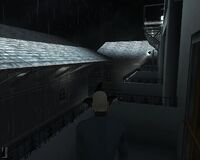 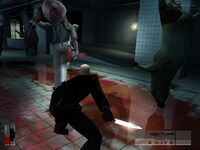 47 sneaking through the Slaughterhouse. 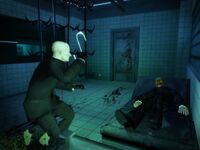 47 sneaking up on Slaughterhouse guest.

Slaughterhouse concept art.
Add a photo to this gallery
Retrieved from "https://hitman.fandom.com/wiki/Slaughterhouse?oldid=79884"
Community content is available under CC-BY-SA unless otherwise noted.