"Hello, 47 Diana here. There is an extraordinary coincidence taking place in Siberia. Two high profile targets will be meeting each other for the first time. Our client wants you on the job. It's a golden opportunity to get to both men, making it a high-risk high-reward operation. There's no margin of error on this one and our client is not accustomed to disappointment. Your codename on this operation is "Mr. Byrd", our man on the base will answer to the codename "Yurishka". This might look like a straight forward mission, but be careful 47, you don't want any extra trouble in that environment."
―Mission briefing[src]

The Bjarkhov Bomb is the 3rd mission of Hitman: Contracts.

47 was sent to kill Fabian Fuchs and Sergei Bjarkov and to destroy a submarine, which was the base for dirty bomb production.

Arriving to the base by plane, 47 quickly procured a disguise by sedating a civilian picking up nourishment. He then proceeded into the nearby mess hall, therefore, locating Fabian Fuchs. He then poisoned his soup with laxatives (found in the kitchen), forcing him to retreat to the bathroom. It is there, that 47 killed Fabian and disguised himself as him.

Posing as Fabian, he traveled to Sergei Bjarkhov's boat. When they meet, Sergei hugged 47 and offered him a drink. 47 refused, and while Sergei was pouring a drink for himself, 47 killed him. 47 then headed to the nearby warehouses and picked up a couple of bombs and a radiation suit. With the help of the suit, he placed the bombs in key locations, so the submarine would sink. He then traveled back to the airplane he had arrived on and proceeded to extract.

INFO: The youngest of the Fuchs Brothers has been sent to purchase a dirty bomb.

INFO: Blowing up a large facility like this needs careful planning. Your contact Yurishka who's working as a chef at the air strip has more details.

Fabian Fuchs of the international terrorist family has been sent by his brothers to purchase a dirty bomb from weapon dealer commander Sergei Bjarkhov. Assassinate both men and destroy their bomb production capabilities. The deal is going down at a reconditioned submarine supply depot on the "Kamchatka Peninsula". We can smuggle you in on the same cargo plane that's bringing Fuchs and his men to make the buy. You'll have to get out of there the same way. We've got a mole on the base, an ex-KGB operative working as a chef, codename "Yurishka", he can fill you in on some of the particulars. We don't know what the Fuchs Brothers want with a dirty bomb - Just make sure they don't get it. 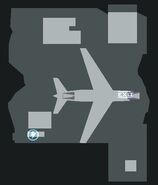 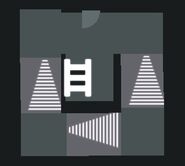 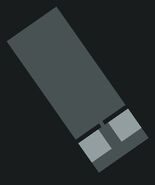 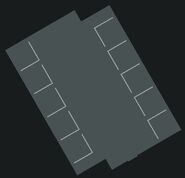 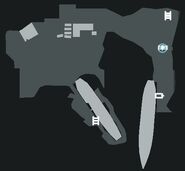 Marine base outside
Add a photo to this gallery

The watch tower across the cold snow field.

The Plane's exit.
Add a photo to this gallery

Retrieved from "https://hitman.fandom.com/wiki/The_Bjarkhov_Bomb?oldid=84108"
Community content is available under CC-BY-SA unless otherwise noted.